I know, it’s been a few days. What can I say? Work intrudes on my cooking hobby. I just read an interesting article, the link to which was sent to me by a friend who also – sometimes with some snark attached – pointed out that the author was spot on in various respects with regard to my own pursuits. Bitch. I say that with love, of course. She also sent me this, asked if I were ghostwriting now. Har har har. Funny gal.

But back to my magnificent butt. Just how often do you get to use that line while completely sober?

I’ve done a turkey, I’ve done lots of ribs, and quite naturally at some point I had to make pulled pork. My small circle of regular readers will recall my search for pork butt last week. I drove about 100 miles that day in all my travels. But Friday, I returned to CostCo and picked up some supplies. 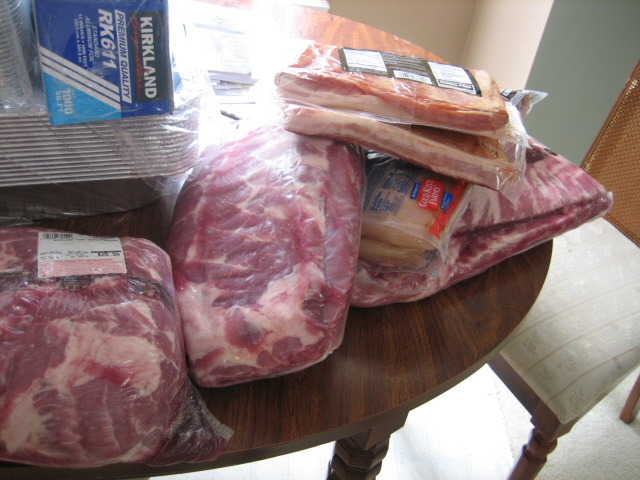 Nice pile o’ meat there, eh? From left to right: pork butt (contains two butts, total just over 15 pounds), one pack of ribs (two slabs), a double pack of maple bacon, boneless skinless chicken breasts, and another pack of ribs (also containing two slabs). That was all the meat, but not all of the stuff, which also included more dispoable steam trays, an industrial pack of foil, and these goodies. 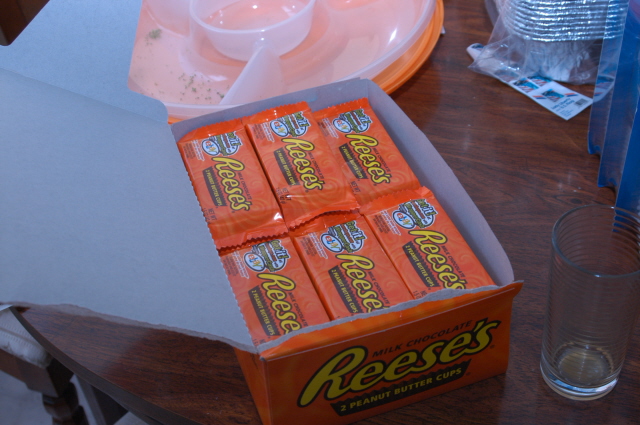 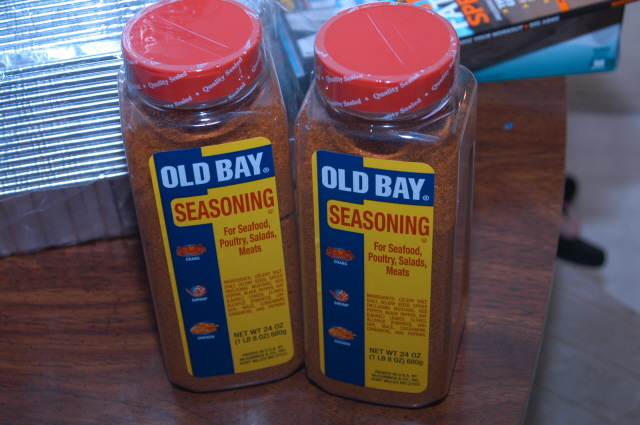 If one of my sisters ever brings me more shrimp, the Old Bay will get some use. Until then, though, this is a story of pork.

I brined the butt overnight in a simple mixture of salt, water, and molasses. The next morning, I drained them, patted them dry, and them gave them a rub (the recipe for which I actually wrote down). The butts rested for about an hour or so after being rubbed. 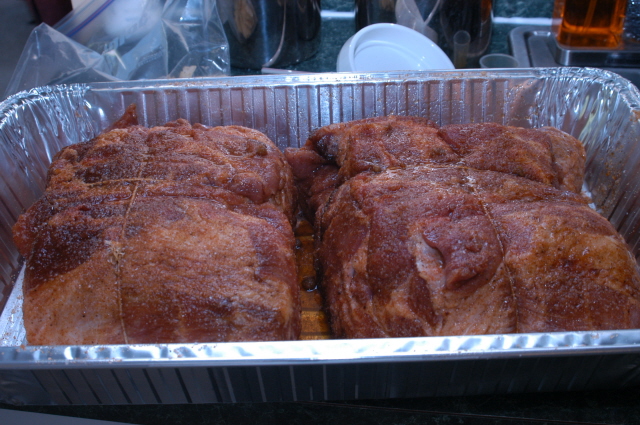 They were then ready to go on the smoker. It started to rain about three hours in, and maintaining temperature became quite the adventure. 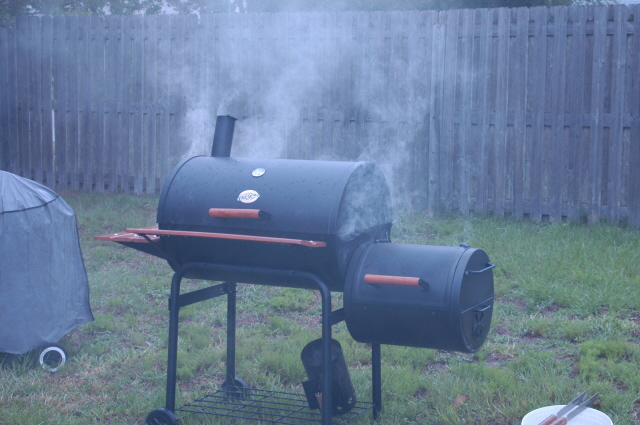 At about the seven hour mark, we had this. 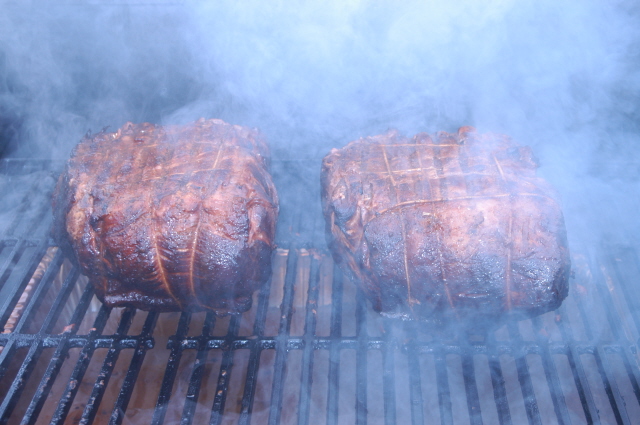 They were coming along nicely, and I pulled them just after ten hours on the smoker. 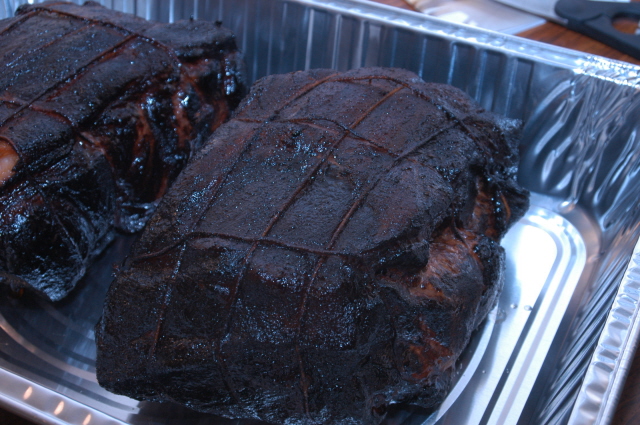 I couldn’t resist picking at the edge of one of the butts before even getting the twine off after giving them a rest for about 30 minutes. 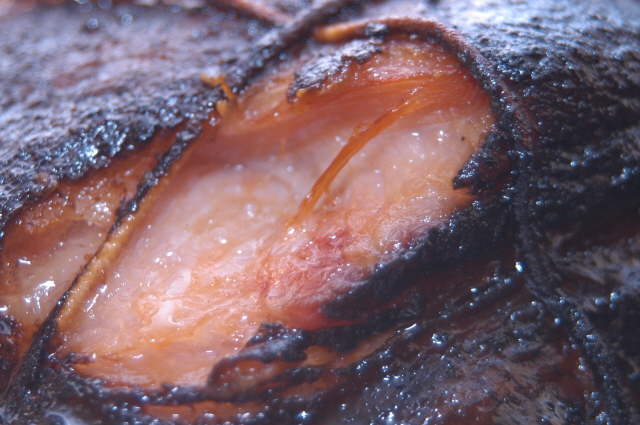 Beautiful, tender, juicy, smoky meat. Better than most smoked butt I’ve had in many places, if I do say so myself. A closeup of a morsel of meat. 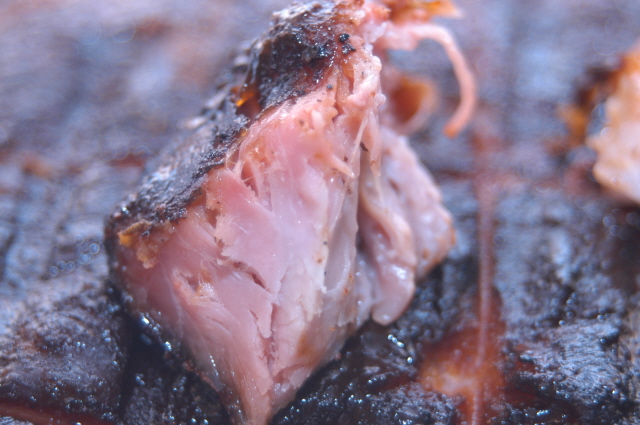 A few chunks pulled to check the smoke ring. 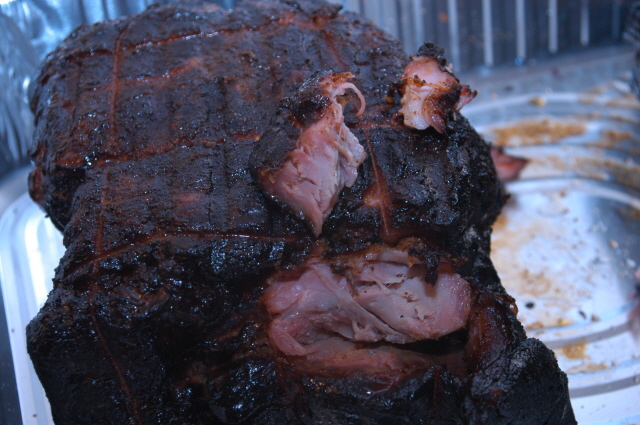 Time to start pulling. A good portion of crispy bits and even a little burnt end, done on purpose since we have several people who just lvoe burnt ends. 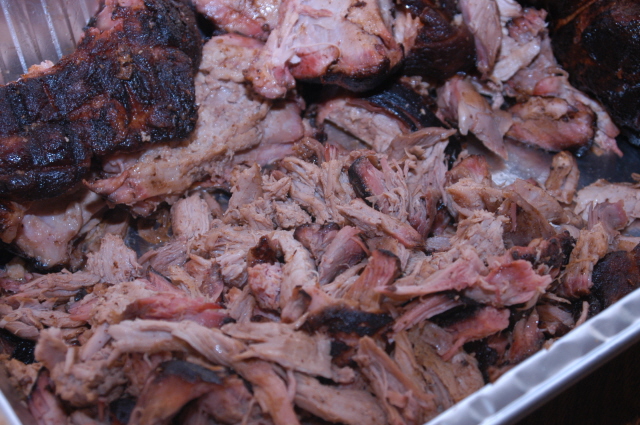 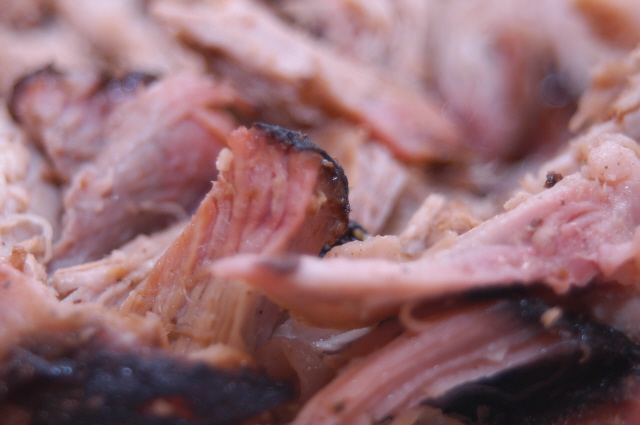 Finally, both butts were pulled. I started with just over 15 pounds of pretty well trimmed butt. The ending weight was about 13 pounds. Thirteen pounds of wonderful porky goodness. 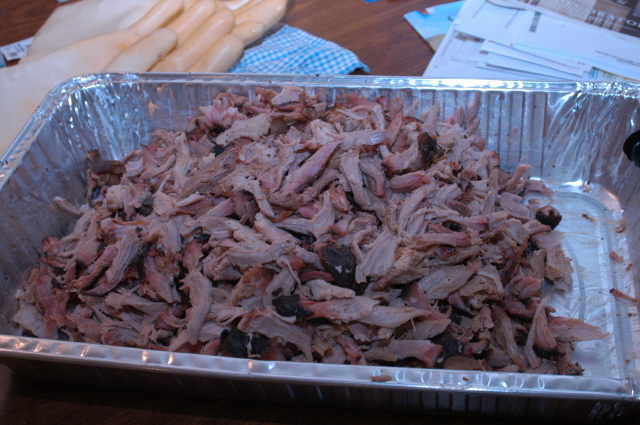 Of course, you can’t have barbeque without some sides. 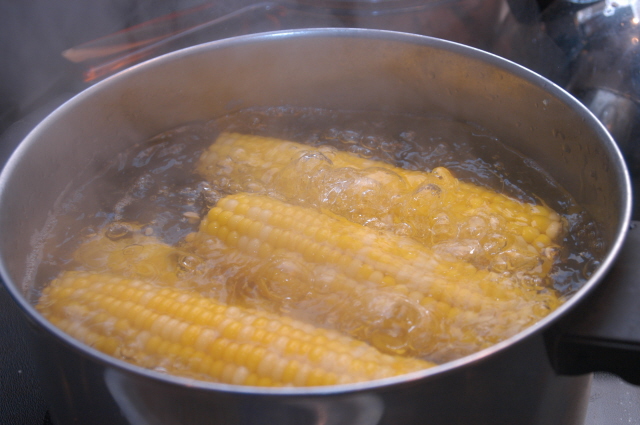 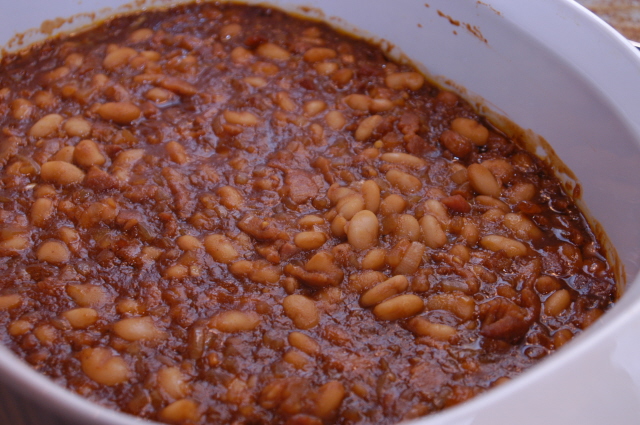 And since I’m tiring out my jaws and killing my fillings by eating, I had a little myself. I managed to finish it, except for the crispy bits that made it into my pile of pork. The mouth and teeth just aren’t up for it. Yet. 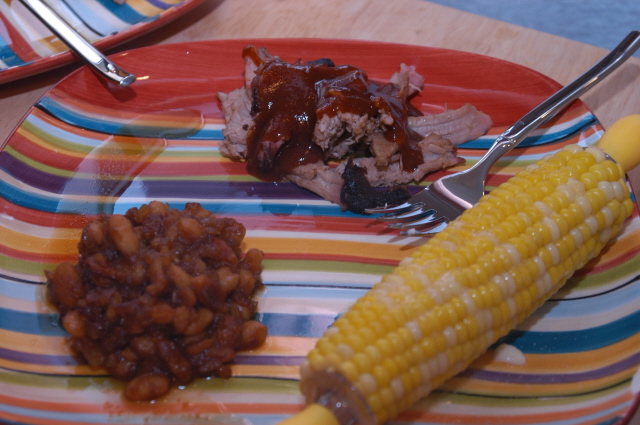 We still have plenty. I’m going to have to pack some away in the vacuum packs and stuff them in the freezer so the pork o’ plenty will be available whenever someone gets a hankering for it.